Panels I got accepted so far for AWA this year:

Of course, jury’s still out if it’s still happening. It’s way later in the year so I’m more hopeful…but looking at how sh*t a myriad of things are in dealing with quarantine efforts & decreasing the spread of the virus in the States who knows 🤷🏿‍♀️😩

Panels that I have accepted for next year at Katsu…

I also will be assisting in a friend’s panel that is comic related, namely because I have the most panel experience, but i just wanted to list the panels I’ll be presenting.

Just recently heard back from the AWA panel team about panels, here’s what I’ll have this year:

I’m especially excited for both of the 18+ panels I’ll have, but I’m super excited about this roster in general. Looking forward to both panel & cosplay suicide this year 😅💀👻

So, with ANext over that’s 2/3 cons down in this con rush leaving just Anime Mid-Atlantic (AMA).

Below are my panels: 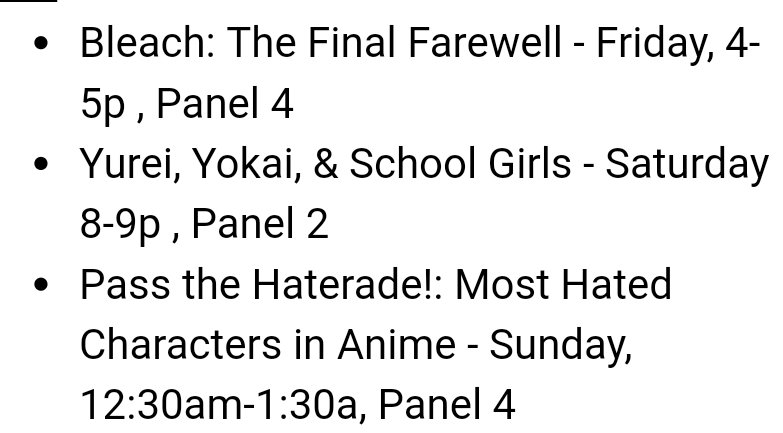 & my cosplay line up: 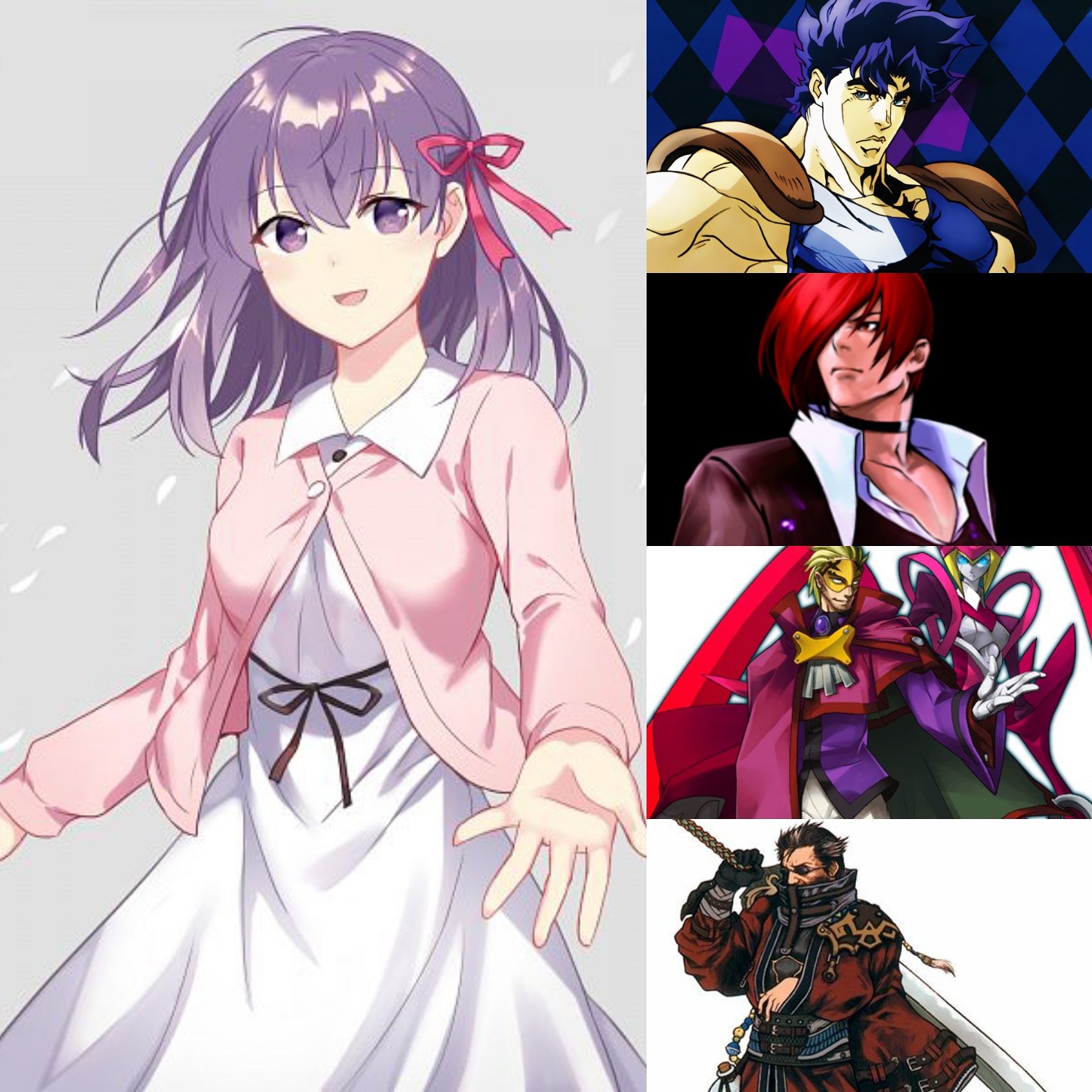 Characters (left to right then top to bottom): Sakura Matou (FSN [derped & got a pic of her in her outfit from the HF movie but fcuk it]), Jonathan Joe☆ (JJBA), Iori Yagami (KoF), Relius Clover (BlazBlue), & Auron (FFX)

Already in a mad dash to.finish packing by tonight & doing whatever minor panel work I need to do before I leave Thursday.

Anyway, let the prep for the final con of the unholy trio continue~ 🙃

Here’s my 1 & only Zenkai panel. Tbh, I personally don’t care about cons that stiff me on panels when I go to cons triple the size & get multiple, but that’s another story for another day. Regardless, I’ll be here, running this sexiness, & mixing & mingling with everyone.

Real talk: Momocon is gonna be what replaces Zenkai for this period of the year/never doing Zenkai again, & it may be my new permanent stopl depending on how everything goes. Anyway, couldn’t do Momo this year but next year I’m gonna be all about that life 😅

Finally finished making all necessary updates to the blog~~!

May also be adding a page for the panel descriptions of all the panels I’ve ever presented for propriety sake as well but we’ll see ^.^

To start, as the briefest con review/report I’ve ever had, Otakon 2016 was great.  Had a lot of fun being a cosplay wh*re & being in/running about 6 shoots; granted, had to swap out 2 cosplays, Atrum Galliasta (Fate: UBW) instead of 3rd form Amakusa (Fate/Grand Order) & Pride! Rin (Vocaloid) instead of  Prince Akio (Utena).  I still had my Type Moon shoot, so Atrum was worn there, & Rin was worn for a Vocaloid shoot. 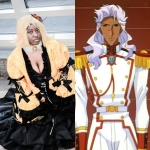 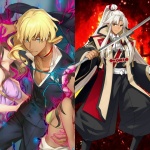 Still plan to do both.  Akio’s definitely going to be brought out for Ota next year, since my friend will also hopefully have Anthy done, & I plan to have Amakusa done for AUSA 2016, since I have a Type Moon related panel (& also want to run a Type Moon shoot there as well).   Also, as a reminder, I post all my cosplay related stuff to my Facebook page, so if you want to keep up with all my cosplay stuff, definitely give my page a like.

Besides cosplay stuff, had an awesome time hanging out with friends & making new ones.  The only thing negative I have to say is that Ota 2017 is totes going to be a clusterf**k.  Based off the Q&A they had going over all the things planned for the DC move, which was an awesome idea for a panel btw, there’s still a lot of things not really hammered out for a move that’s going to be, you know, next year -_-  Hopefully all the problems that will come up during next year will knock that chip off their shoulder ~,~

Besides that, just as an FYI, finally started JoJo’s Bizarre Adventure, so now I have Kars as my BG on random things…deal with it XD  Kars & Dio are my favs from the series (idc I’m only on part 3, I know there still going to be up there/top tier), so I’m just going to have them all over my social medium.  Needless to say, want to cosplay both.  Dio is relatively easy, Kars I fortunately found a version of him where I don’t need to be fit af to pull off, so I’m super hype about that XD  Don’t know when I’m going to cosplay either, Ota 2017 at the latest, but I’m def gonna make it happen.

AWA, got one accepted…of course it was Bleach (which recently ended & ZOMG WTF that “ending” even DX).  Here are the deets (just gonna copy/paste from the e-mail):

So, be there or be square or whatever >.>

AUSA I have these 2:

I still have 2 waitlisted & some I submitted for Thursday programming, but we’ll see.  I’m just excited to have the ones I do.  Gonna be hella fun times.  Also, since I’m Type Moon trash, I plan to host a photoshoot.  Just waiting to hear about the time/date for my panels so I can plan the shoot accordingly.

Also, speaking of shoots, don’t forget all the shoots I’m hosting for AWA~!  I’ll have a Bleach, Vocaloid, Zero Escape, & Type Moon one.  I already have a post with all the deets & corresponding event pages, so make sure to view that if interested.

So far, probably cosplaying these bros for AWA… 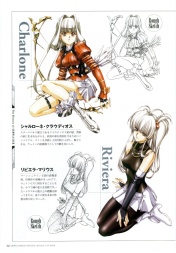 Charlone Claudius (top) & Riviera (bottom) from Growlanser 2. Not cosplaying both but one of them 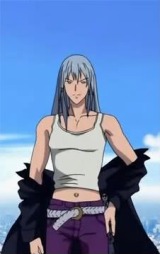 Kaito Wanijima from Air Gear, if plans fall through for Shin Natsume 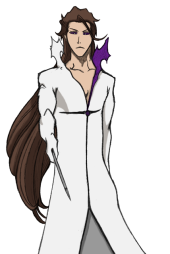 Aizen, 2nd form from Bleach b/c f*** it, not that annoying to do. Will do this for the Bleach shoot

Santa from 999 for the Zero Escape shoot

Kratos Aurion from Tales of Symphonia, the only planned new costume. Also, will be a Tales of shoot 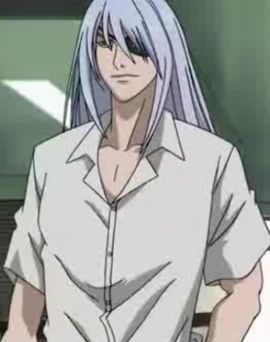 Shin Natsume from Tenjho Tenge, if my Maya is going to cosplay her or not 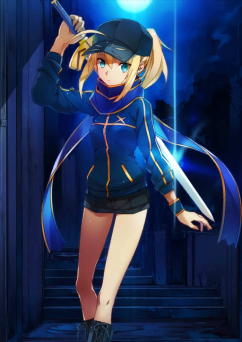 Heroine X from Fate/Grand Order for the Type Moon shoot 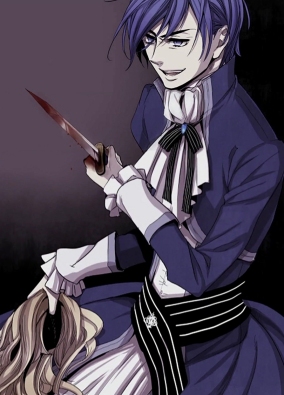 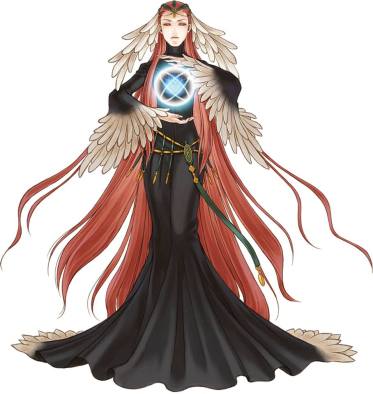 So, if you read the captions; i.e., read the freakin’ captions, not planning to do all of them, just some are definites, others are maybes, others still are either/or, like Shin Natsume/Kaito Wanijima.  Ashera, Kratos, & Riviera/Charlone are all things I’m bringing mainly b/c of my friend/roommate who also likes to cosplay JRPG stuff, & this is one of the few cons we’re both attending.  All the shoot cosplays are definites.  Quite frankly, only making the one new costume to save $$$ & sanity b/c I need to start saving like crazy for NYCC & to work on some other cosplay stuff that needs to be done by the end of this year to be ready for cons at the beginning of next year (MAGfest & Katsu respectively).

Just as an FYI, don’t forget to submit your panels to Katsucon.  You can do so by going here & the reimbursement policy is listed here.  The deadline is Friday, Sept. 9th, so get submitting~!

Due to needing to pre-register before I could submit a panel, decided to go with Sangawa Project over Derpycon for my PA/NJ con.  Already submitted panels, just waiting for the deadline to hit & then hear the final decision.  I had 2 accepted last year but ultimately decided not to go, this year I’ll be going w/ some friends.  I’ll be rooming & traveling w/ the same ppl., so it won’t be as much of a headache/won’t have to worry about plane tickets.

Poll results for my MAGfest 2017 cosplay *drum roll*…One won (GD puns) by a landslide.  I still plan to do Terumi at a later date with a friend, but otherwise I will be making this precious princess for MAGfest 2017.  I have another friend who’s super into the series & has done Three before, so super hype XD  Hopefully I can lasso some others to potentially have all the sisters, keeping my fingers crossed ^.^ 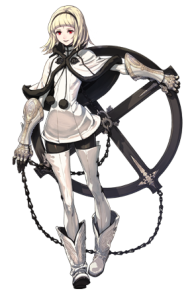 Speaking of way too many GD cons close together (or is it cosplans???), since I plan to do Ichibancon this year/2017 as well as MAGfest & possibly Ohayocon again (Ichi & Ohayo contingent upon panel acceptance), these are the 3 main cosplays I need to have done before the year ends:

I can’t start during October b/c I’ll be getting a crapton of stuff done for NYCC, AUSA (main one), & probably Nekocon at this point, so I’ll only have November & a little of December to hammer everything out, w/ a little more time to work on Clow since I need him for Katsu.  Fun times working on cosplay (@,@).  Also, since Nekocon is pretty much happening at this point, might as well submit some panels ~.~  Will be tabling for a con, which means a lot of costs will be covered (hotel & badge), so this becomes a helluva lot more affordable & a guaranteed situation where I won’t have to worry about finding a room/filling a room, which is my main problem w/ both of the VA cons I’ve been to.

That’s about it for this massive update on wtf I’ve been up to & planning.  Again, probably going to be another gap of time where I’m MIA, but as usual, if you check my Facebook page, Twitter, or Instagram (occasionally), you will see more updates on what I’ve been up to. Ciao…for now (GD rhyming) ^.^